October 10, 2014
To those who are wondering what is Google PageRank, it is a link analysis algorithm that rates various websites on a logarithmic scale of 0-10 with the rating “10” being the best.

Although Google has had the habit and tradition to regularly update PageRank in the past, now might be the right time for us to move on from it, according to Google’s John Mueller. 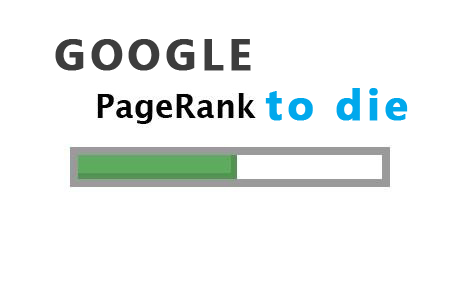 Mueller states that the update done last December 2013 will most probably be the final one though PR was technically last updated in October 2013. The December update was, apparently, done by accident and wasn’t in the plan.


A frustrated user had asked a question as to why he could not understand why there were so many spam sites selling PR6 backlinks had not been taken care of despite having been reported to Google a multitude of times.

Mueller replied to this individual during a Hangout that there are a few things that Google had taken action on but is just not directly seen by the users. Toolbar PageRank is something that they have not updated about a year now and Mueller says they will no longer be updating it going forward. PageRank is essentially blocked from passing through sites that sell problematic links and Google has a lot of ways to recognize these links.

As an addition, Mueller also mentioned that he would go through that individual’s list of spammy sites himself to determine if he can discover and find anything that are not picked up on by Google’s algorithms.

PageRank will most probably be no longer updated according to Mueller as Google has prepared measures in place to stop do-follow backlinks from flowing the PR juice if they are placed on spammy sites.

Why did Google decide to kill PageRank anyway?

Matt Cutts mentioned last year that the next update will probably take place later in the year, seeing that Google had last updated PR in October 2013. The unplanned update, however, occurred in December 2013 when Google engineers were working on the backend and just happened to venture to make an update along the way.

A piece from the warlier reporting about Google’s announcement, earlier this year about its plan to no longer update toolbar PR stated that Google obviously thinks that the consumers do not need the latest data for publishers obsess over it so much. So they decided to pull the meter from the toolbar altogether. Why not?

Despite everything, that was what Google had said and consumers might still find it useful. On the other hand, people still need the data, though they obsess over it too much.

Therefore, Google says they are to rank websites by the use of other signals instead of PageRank as good ol’ PR might finally die and be saying ‘goodbye’ to its users for good.